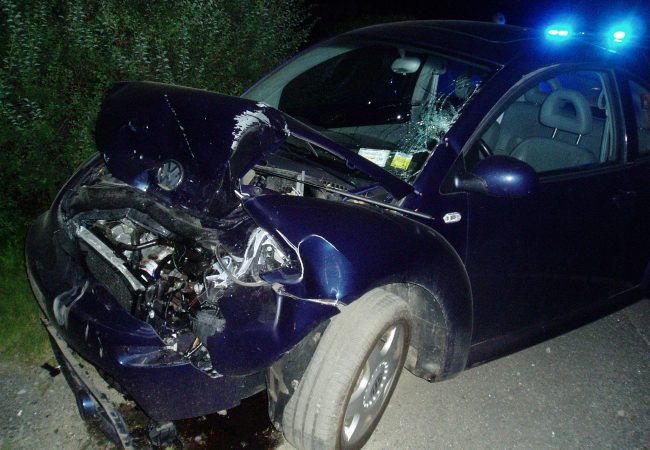 New York – Two cars collided in a horrific motor vehicle accident (MVA) in Queens, leaving three injury victims. The first vehicle was being driven by an off-duty police officer when the second vehicle broad-sided him at an intersection, according to reports. His car then struck parked cars and slammed into a telephone poll. The poll cracked and then collapsed according to witnesses. The vehicle then caught on fire and fire rescue was dispatched to the accident scene. It is unclear whether or not the cop was wearing a seatbelt, however, he was ejected from the car during the impact. This raised a question of a safety equipment malfunction during the MVA. Emergency first responders explain that they found the injured driver on the street suffering from a traumatic brain injury and neck injury. Spinal injuries in this context present a special difficulty in treating patients with a serious head injury according to doctors. The other two accident victims from the second car suffered less serious injuries. However, they will require additional testing to determine the nature and extent of their wounds. Trauma specialists note that some accident-related injuries can start out as appearing not serious but eventually develop into chronic pain or even permanent disability ones over time. This can especially be true if the wounds are ignored or not picked up on early enough. See this article for additional information regarding this Queens car crash.