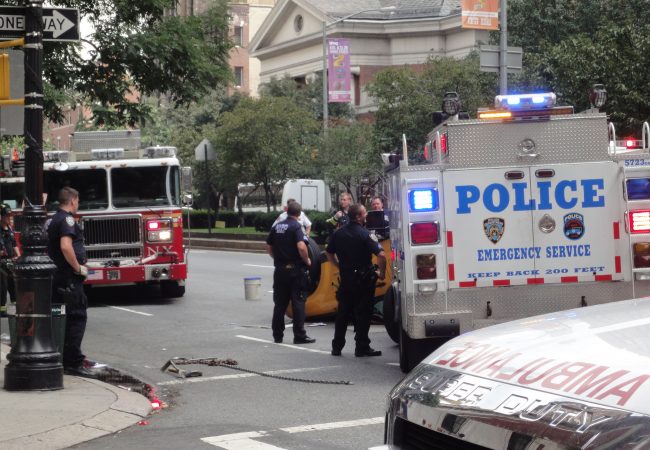 New York – Brooklyn was the scene of a horrible pedestrian accident that killed a one-year-old baby and a four-year-old child and injured two adult women and a man. Witnesses to the car accident say that a vehicle ran a red light and slammed into a group of pedestrians that was crossing in the middle of a marked crosswalk. The women that were injured in the accident are the mothers of the little children that were killed in the collision. One of those women was pregnant but there’s no indication of injury to the fetus. The adult accident victims suffered various injuries but are listed as stable.

The driver of the car apparently stopped for the red light initially and then sped up, hitting the people as they started crossing the street. Reports show that the female driver has claimed that she suffered a seizure, causing her to lose control of her vehicle. However, it is unclear if there is any evidence to that effect or whether or not she has a history of seizures. According to a New York City accident lawyer, patients who suffer from seizures may be prohibited from driving for exactly this reason. Doctors that treat these patients may actually be required by law to report seizure patients to the Department of Motor Vehicles for further investigation. Complicating matters, police note that the driver of the car has a history of at least 4 prior charges of running a red light. In addition, the intersection where the car crash took place has a significant history of car accidents with injuries. See this article for further details on this Brooklyn accident.

Photo for illustrative purposes only. Photo by Pablo029 (Own work) [CC-BY-SA-3.0], via Wikimedia Commons