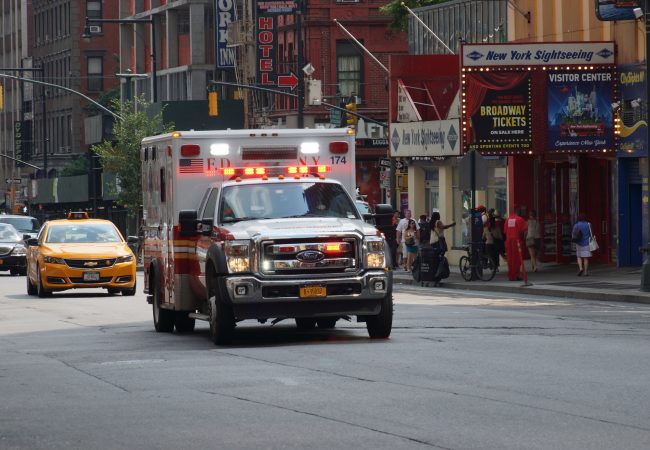 Minivan versus pedestrian accident kills one and injured others

New York – Emergency services were called to the scene of a van crash after it jumped the curb and crashed. The pedestrian accident occurred on a street in the Chinatown section of Manhattan and left extensive injuries for at least seven accident victims. Police report that all of the injured victims were pedestrians. One of the men suffered fatal injuries and died soon after he was hit by the minivan. Another two people suffered critical injuries and were rushed by ambulance crews to the hospital. The full nature of their injurie sare still unclear and they will require ongoing evaluation and care according to doctors.

Witnesses to the minivan accident have explained that the driver lost control and slammed into pedestrians on the sidewalk. Investigations are ongoing to determine if any negligence or reckless driving was involved that led to the accident. They note that the driver of the van had backed up down most of the block before veering into a crowd of people on the sidewalk. However, it is not believed that any criminal or deliberate acts took place. You can find out more details about this deadly car crash here.