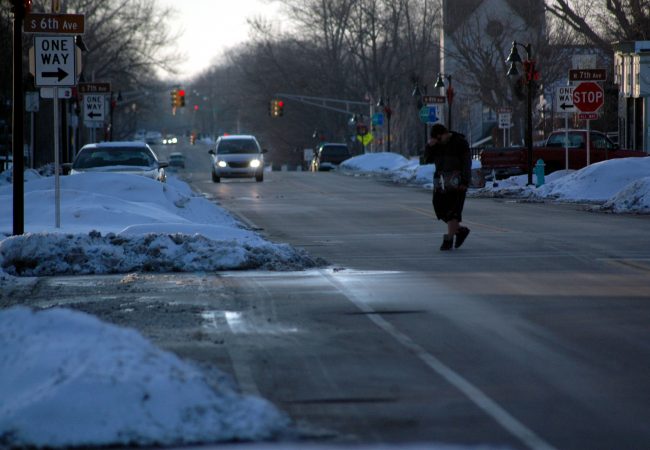 New York — Two pedestrians were crossing the street when one of them was hit by a car and the other nearly struck by the vehicle. The driver of the car claimed that he skid on snow. The injured accident victim suffered broken bones, including a pelvic fracture, leg fracture and broken shoulder bone. The two women came to the personal injury law firm of Morrison & Wagner and filed a lawsuit against the driver. Settlements totaling $362,500 for the victims were obtained prior to trial.

At 7 AM on 12/6/97, the 72-year-old Plaintiff A was walking with her daughter, Plaintiff B, on State Hwy. 36 in the Town of Groveland. There was snow on the ground from an earlier storm. Plaintiff A was crossing the highway when she was struck by Defendant’s vehicle. Plaintiff B avoided the accident, but contended that she had been in the zone of danger. Defendant contended that the Plaintiffs initially had been waiting by the yellow line, then darted into the roadway. Defendant also claimed that the snow on the roadway caused his vehicle to skid.

Fractures to the right pelvis, fibula, and tibia; fractured left nondominant shoulder. Plaintiff A received physical therapy from the date of the accident until 4/16/98.

Note: Defendant won a motion to move the trial to Livingston, based on the fact that the police officers were witnesses who would be called to testify at trial and were from that venue. Plaintiff showed in renewal and reargument that the police officers were not necessary witnesses in that they did not do an actual reconstruction of the accident scene and were willing to travel to Queens for trial. The case was subsequently moved back to the Queens venue. 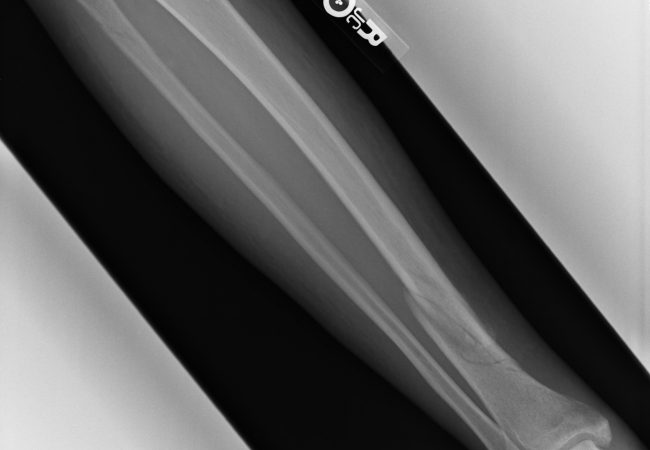 New York — An 83-year-old resident of a senior case nursing home facility fell out of a hospital chair while admitted for treatment there. He underwent X-rays after the fall in the hospital and was returned to the senior care home. He subsequently returned to the hospital and received a delayed diagnosis of a leg fracture. The man soon died of a pulmonary embolism that his estate contended was due to medical malpractice and negligence. The man’s family sought the legal assistance of Morrison & Wagner, who specialize in wrongful death. They helped mediate a settlement for the family in the amount of $325,000.

On Aug. 5, 2003, plaintiff’s decedent, 87, was admitted to a hospital in the Bronx. During the ensuing days, he underwent treatment of malnutrition, mild dementia and residual effects of cancer of his prostrate.

On Aug. 12, 2003, the elderly man fell out of one of the hospital’s chairs. X-rays did not reveal a fracture, and the man was ultimately returned to his residence, a senior care center in the Bronx.

The senior care center’s staff subsequently determined that the fall victim was suffering a fracture of his left leg’s tibia. The injured man was returned to the hospital. After 10 days had passed, he suffered a fatal pulmonary embolism. The man’s family claimed that the embolism was a result of a failure to timely diagnose and treat his fracture.

The estate’s counsel also claimed that the senior care center’s staff did not promptly address the fracture’s symptoms: discolored skin and an inversion of the senior man’s right foot.

The plaintiff sustained a fracture of his left leg’s tibia. The estate’s counsel claimed that the fracture was not promptly treated, and he contended that the delay allowed the man’s development of a fatal pulmonary embolism.

The deceased man’s estate sought recovery of damages for his past pain and suffering.

Defense counsel contended that the man’s embolism was not a result of his fracture.

During the month that preceded the scheduled start of the trial, the parties negotiated a settlement, which was finalized via the guidance of Judge Douglas McKeon. The defendants’ insurers agreed to contribute equal payments that totaled $325,000. 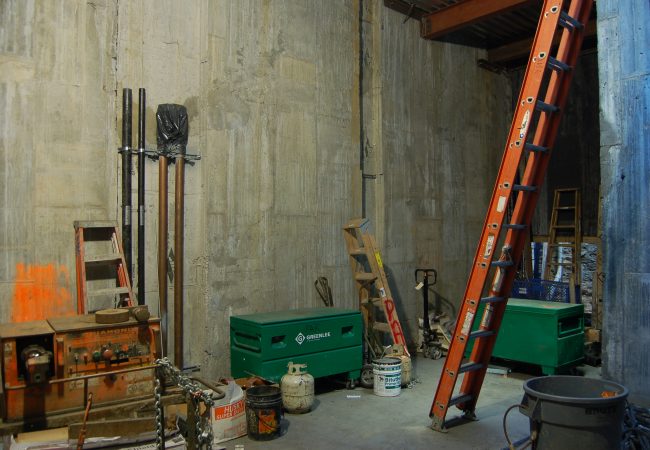 New York — This 51-year-old construction accident victim suffered leg fractures and other personal injuries while at work. The work injury occurred when the worker fell from a ladder. With the assistance of the labor law and injury specialists at Morrison & Wagner, the injured worker received a settlement of $375,000 from the defendant.

This Labor Law action settled after jury selection for $375,000, plus the waiver of a $60,000 Workers’ Compensation lien.

Demonstrative evidence: Pltf. would have introduced photographs of injury; X-rays. 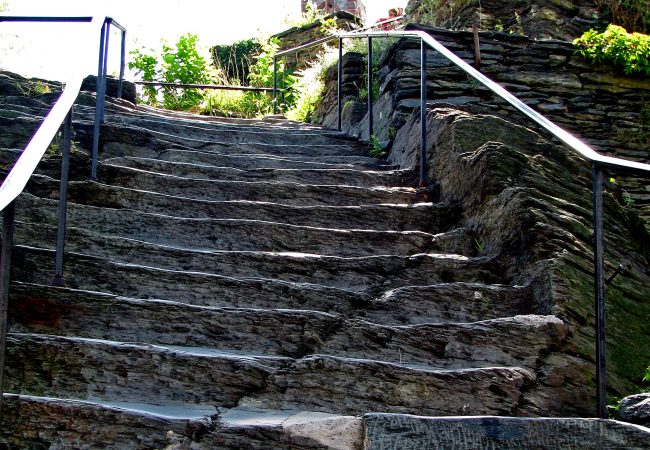 New York — This 62-year-old man reported that he tripped and fell while walking down a step on private property. He fractured his leg and ankle and required surgery to try to repair the injuries. Unfortunately, he noted, he wasn’t able to return to work due to the injuries and pain. After speaking to a top injury lawyer at Morrison & Wagner, the victim decided to file a personal injury lawsuit against the owner and property manager of the home. They negotiated a $550,000 payment to compensate the man for his injuries.

During the evening of Oct. 27, 2011, the plaintiff, 62, a factory worker, fell on a walkway of a residence that was located in the Weeksville section of Brooklyn. He sustained injuries of an ankle.

The injured plaintiff claimed that he tripped while descending a step that led from an entryway path to a sidewalk. The plaintiff’s expert engineer submitted a report in which he contended that a gap had been created by settling, shifting and/or tilting of segmented stones that formed the step’s upper riser. The expert also contended that the step’s flags were misaligned, creating a height differential of about 0.75 inches.

Defense counsel contended that any defects were oriented side by side — not to front to back — and therefore would not have caused a tripping incident. He also contended that the walkway’s damage created merely minimal defects. He further contended that, during a deposition, the plaintiff placed his fall several inches away from the defects identified by the injury victim’s expert.

The trip and fall victim was placed in an ambulance, and he was transported to Kings County Hospital Center, in Brooklyn. After four days had passed, his fractures were addressed via closed reduction and the application of an external fixation device. Soon thereafter, he underwent open reduction and the internal fixation of hardware that included three screws and six plates. His hospitalization lasted about two weeks.

The plaintiff claimed that he suffers permanent residual pain and a residual diminution of his right ankle’s range of motion. He claimed that he requires use of a cane and that he cannot tolerate prolonged periods in which he is standing or walking. He further claimed that his injuries prevent his resumption of his job.

The defense’s expert orthopedist submitted a report in which he opined that the plaintiff achieved a good recovery and that he can be gainfully employed.

Defense counsel moved for summary judgment of liability. During pendency of the motion, the parties negotiated a settlement. The defendants’ insurer agreed to pay $550,000.

Editor’s Comment: This report is based on information that was provided by plaintiff’s counsel. Defense counsel did not respond to the reporter’s phone calls. 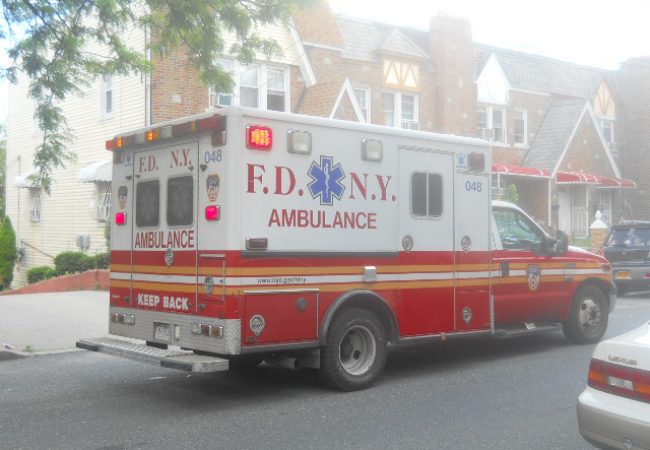 New York – A serious pedestrian accident occurred in Queens only one day after the mayor’s aggressive accident prevention program took effect. The car crash left one victim dead and two others suffering with multiple accident related injuries. Witnesses say that the vehicle jumped the curb and slammed into 3 pedestrians, trapping one man under the car. The man who was pinned under the vehicle had to be extricated by emergency workers while and was pronounced dead soon thereafter. The remaining victims suffered various injuries, including a head injury, possible leg fracture as well as neck and back pain. They were taken from the scene by ambulance with initial treatments for suspected spinal injury. Police were investigating the possibility that the crash was an assault and not actually an accident. Onlookers note that this fatal crash occurred after the start of the new Vision Zero program, which includes recent lowering of speed limits to generally 25 miles per hour, to prevent such accidents.

City safety activists point out that several additional deadly motor vehicle accidents occurred over the next two days, involving crashes in three different boroughs. One of those accidents killed an elderly man in Brooklyn as he tried to cross the street. A second crash caused fatal injuries for another senior citizen who was crossing the street in Queens. Only several hours later a middle-aged woman was hit by a car in the Bronx. Citizens continue to express their concerns regarding the safety of the city streets and demand that the police and administration take the necessary actions to crack down on safety violations. They worry that a dangerous driver must be removed from the roads well before he or she can cause additional injuries or death. Proponents have expressed their hope for the future, as the city continues to promote safety with the new program. However, they say that it will take serious efforts on the part of city lawmakers and police to follow through on their plans. Please see this article for more details about the recent rash of deadly pedestrian accidents.

Illustrative photo by Youngking11 (Own work) [CC-BY-SA-3.0], via Wikimedia Commons