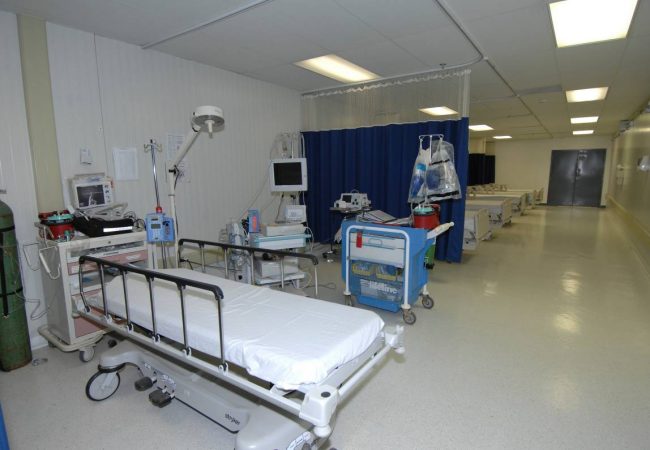 Are faulty hospital bed rails to blame for wrongful deaths?

The New York Times reports that the federal Food and Drug Administration (FDA) is finally investigating the deaths of patients that get caught in dangerous hospital bed rails. Officials explain that elderly and confused patients apparently become trapped between the bed rail and mattress, causing them to choke to death. They say that a hospital bed is not just used in the hospital but also in a nursing home setting and sometimes even in someone’s private home. Public safety advocates say that there is an inherent product design flaw that creates the hazardous condition for unsuspecting victims. They note that the injuries and deaths caused by getting trapped in the bed rail are simply because there are large openings or gaps between the rails and mattress or within the bedrail itself. These gaping holes allow someone who rolls over while sleeping or is disoriented to easily get crushed or stuck, causing the victim serious injury or death. This most often affects older patients but can also affect anyone who is confined to a hospital bed after illness or an injury. According to reports, this dangerous condition has been well-known to the medical community as well as the FDA and the Consumer Product Safety Commission. Patient advocates complain that the 2 agencies have tried to avoid truly dealing with the faulty products, both claiming that the problem does not fall under their jurisdiction. One side says that the bedrails are a consumer product and the other side notes that it is a medical device. In the meantime, patient victims suffer according to a top New York City attorney who specializes in accidental death lawsuits. Some warn that if the problem is not dealt with soon, not only will the manufacturers be held liable but possibly also officials from the governmental agencies may face personal injury lawsuits or wrongful death cases against them for inaction. An accident lawyer explains that anyone who has a duty to act to prevent injury or death but does not can face a civil lawsuit and possibly even criminal charges. Many advocates insist that a product recall should be instituted and the dangerous products should be fixed in order to prevent more injuries and untold pain. Interestingly, the entire point of the bedrails in nursing homes and hospitals is to prevent the patient from falling or rolling out of bed, causing more serious hospital injury. However, if the design creates a faulty product, then the safety purpose of the bedrails becomes questionable. Read more about the dangers of the bed rails and their recommended use here.