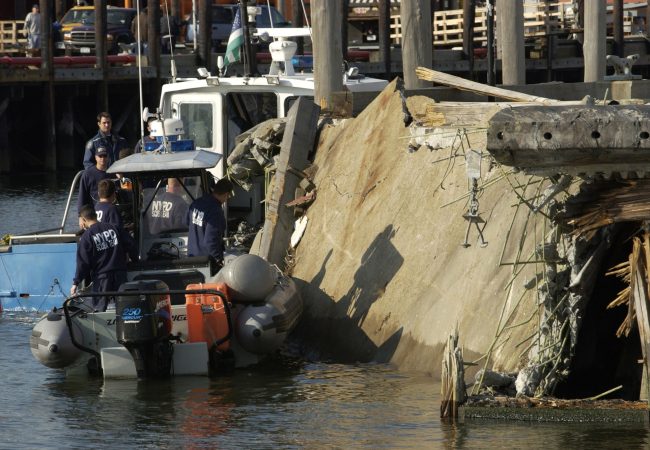 New York — A ferry boat crashed this morning as it approached a Manhattan pier, filled with hundreds of passengers and workers. The boat struck the side of the pier after it apparently failed to slow down in order to dock safely. Accident victims reported that the ship left its New Jersey port and sailed smoothly to the other side of the Hudson River. Witnesses say that the trouble began just as the ferry was about to dock at Pier 11 on the New York City side of the river. Some believe that the captain steering the boat was distracted and that is why he didn’t slow down as they approached the city. Emergency personnel responded to the scene of the accident and rushed as many as 57 injured victims to hospitals and trauma centers in lower Manhattan. Reports show that the types of wounds ranged from cuts and bruises to neck and back injuries and even head injury. There are at least two critically injured commuters from the crash that have been hospitalized according to hospital officials. Investigators from the New York Police Department, U.S. Coast Guard and federal investigators are looking into the possible causes of the ferry accident. They explain that many possibilities are being looked at, including driving or operating under the influence of alcohol or drugs, mechanical failure or negligent maintenance of the ship, distraction due to a cell phone call or texting. An accident specialist notes that sometimes an accident like this can occur simply because the driver or captain was inexperienced or wasn’t following proper safety protocols. As of now, officials say that they do not believe weather had anything to do with the crash because the weather was clear for sailing. Keep up-to-date on this accident investigation here.