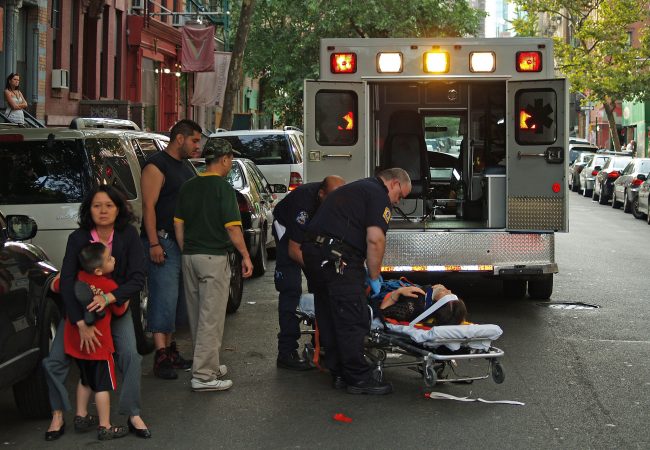 A 38 year-old a seamstress, and her 9 year-old daughter, were struck by a van while crossing an intersection in the Jamaica section of Queens, New York. The child was killed. Her mother claimed that she sustained jaw and knee injuries. The victim’s family sued the van’s driver, the van’s owner, Professional Charter Service Inc.; the company that operated the van, Consolidated Bus Transit Co.; the city of New York, the Manhattan and Bronx Surface Transit Operating Authority, the New York City Board of Education and the New York City Transit Authority. Justice prevailed.

Photo by David Shankbone [CC-BY-SA-3.0 or GFDL], via Wikimedia Commons