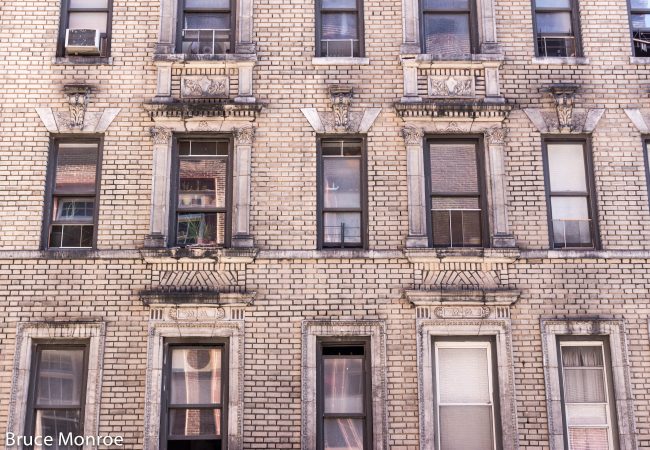 New York – A woman was walking along when a piece of stone facade collapsed off the side of a Brooklyn building. The collapse debris hit her in the head and neck, leaving her with a spinal fracture in her neck and a traumatic brain injury with concussion. After being hospitalized for several weeks and undergoing fusion surgery of her neck, the woman sought the legal guidance of the experts at Morrison & Wagner to file a negligent repair negligence lawsuit. They settled the case with the defendants agreeing to pay the injury victim $2,750,000.

Facts & Allegations:
On Sept. 22, 2014, the plaintiff, an unemployed woman, was struck by a limestone fragment that had fallen off of the fourth-story facade of a building located in the Sunset Park section of Brooklyn. The woman sustained injuries of her head and neck.

The plaintiff’s counsel contended that the accident was a result of prolonged neglect of the building’s exterior. He contended that photographs depicted chips, cracks and other irregularities of the facade.

Defense counsel contended that the accident may have been a result of erosion caused by power-washing of the building, but he ultimately conceded liability.

Injuries/Damages
The injury victim’s head was struck and lacerated by the limestone fragment. She was placed in an ambulance, and she was transported to Lutheran Medical Center, in Brooklyn. Doctors determined that she sustained a concussion and a compression fracture of her C4 vertebra. Her scalp’s laceration was closed via application of sutures. After four days had passed, she underwent surgery that included a corpectomy, which involved excision of her C4 vertebra; a discectomy, which involved excision of the anterior portion of her C3-4 and C4-5 intervertebral discs; fusion of the anterior region of her spine’s C3-4 and C4-5 levels; and implantation of a stabilizing cage. During her convalescence, she developed pneumonia and pleural effusion. Her hospitalization lasted about two weeks. She subsequently underwent physical therapy and a pain-management regimen, which included administration of painkilling trigger-point injections.

The accident victim claimed that her head’s injury caused damage of her brain, with residual effects that included confusion, disorientation, vertigo, and impairment of her memory and other elements of her cognition. She also claimed that her neck remains painful, that the pain radiates to her shoulders, and that her fingers and hands experience occasional tingling sensations. She undergoes periodic physical therapy.

Defense counsel contended that the woman did not sustain an injury of the brain.

Result
After selection of a jury, but prior to the scheduled start of the trial, the parties negotiated a settlement. The defendant’s primary insurer tendered its policy, which provided $1 Million of coverage, and the defendant’s excess insurer agreed to pay $1.75 Million. Thus, the settlement totaled $2.75 Million. Defense counsel claimed that, had a trial occurred, a discovery issue may have prevented the plaintiff’s counsel’s presentation of a safety expert who had been retained.

Editor’s Note: This report is based on information that was provided by plaintiff’s counsel and defense counsel. Additional information was gleaned from court documents. 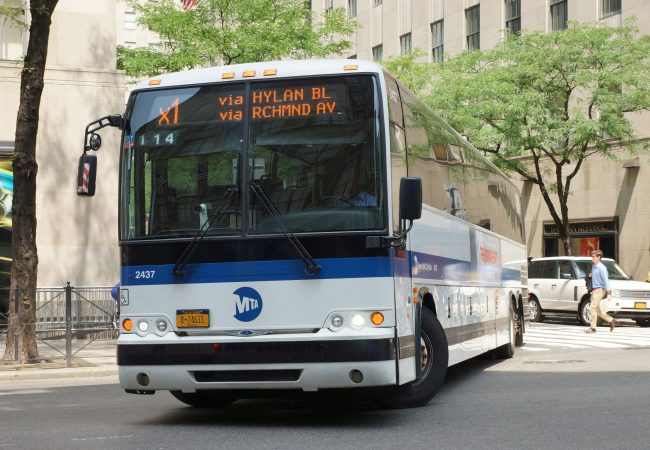 New York – This 70-year-old man suffered a trip and fall accident while stepping out of a city transit bus in Manhattan. The bus accident victim and a witness explained that the bus stopped in an unsafe location, causing him to fall and injure his shoulder and elbow, including fractured bones. The injury victim sought compensation for his injuries as well as his significant pain and suffering. Together with the accident attorneys at Morrison & Wagner the man sued for negligence and received a settlement of $450,000 from the bus company defendants.

Bus’s rider claimed he was discharged in a dangerous spot (VerdictSearch.com by Priya Idiculla)

Facts & Allegations:
On April 1, 2013, the plaintiff, 70, was a passenger of a transit bus that was traveling on East 60th Street, near its intersection at Second Avenue, in Manhattan. Moments after the bus had cleared the intersection, it driver stopped at a designated stop. While the plaintiff was exiting the bus, he tripped on a tree well’s surrounding brick wall. He fell onto a sidewalk, and he sustained injuries of an elbow and a shoulder.

Plaintiff’s counsel claimed that the brick wall’s height measured 8 to 10 inches, and he noted that the plaintiff was utilizing a cane at the time of the accident. He argued that, given the plaintiff’s disability, the bus’s driver owed him a special duty of care and should have moved the bus to a safer location.

The bus’s driver claimed that he was not asked to relocate the bus. The defense’s expert biomechanical engineer submitted a report in which he opined that, given the door’s elevation relative to the sidewalk and the presence of handrails, passengers were provided a safe means of exiting the bus. The expert also noted that the plaintiff’s companion had safely exited the bus.

The plaintiff was placed in an ambulance, and he was transported to a hospital. He was referred for further treatment.

After 23 days had passed, the plaintiff underwent open reduction and internal fixation of his right shoulder’s fracture. After four additional days had passed, he underwent an arthroplasty, which involved replacement of his left elbow. His surgeries were performed during a hospitalization that lasted a week. The hospitalization was immediately followed by a course of inpatient rehabilitation, which lasted 16 days. The plaintiff subsequently underwent two weeks of physical therapy.

The plaintiff sought recovery of damages for past and future pain and suffering.

Result
After the plaintiff’s fact witness had testified, and immediately prior to the scheduled start of the plaintiff’s testimony, the parties negotiated a settlement. The defendants, which were self-insured, agreed to pay a total of $450,000.

Editor’s Note: This report is based on information that was provided by plaintiff’s counsel and defense counsel. Additional information was gleaned from court documents. 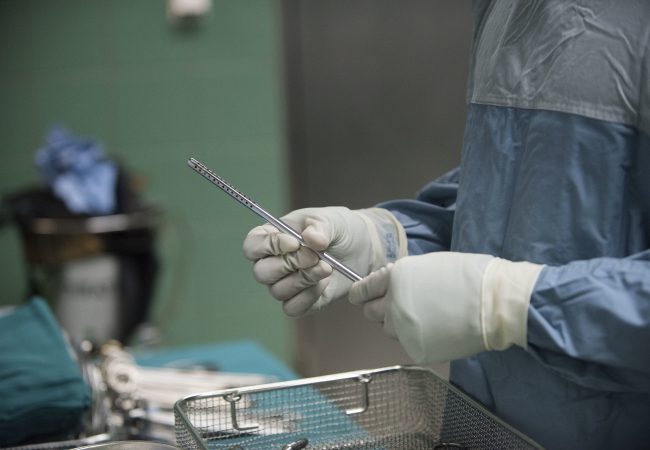 $2.25 Million – Medical Malpractice Claim Due to Delayed Treatment in Hospital

New York – In 2012 a woman delivered a baby in a hospital in Queens, NY. She subsequently suffered a pulmonary embolism and died the next day. The woman’s widowed husband claimed that this was a wrongful death due to the hospital’s failure to treat the problem quickly enough. Medical malpractice lawyers with Morrison & Wagner filed a malpractice lawsuit on the woman’s estate’s behalf. The hospital’s operator agreed to pay a settlement of $2,250,000 to the victims.

Photo for illustrative purposes only. Credit: US Army Africa [License]

Facts & Allegations:
On July 10, 2012, plaintiff’s decedent, a 31-year-old part-time nurse, underwent Caesarean delivery of a daughter. The delivery was performed in a hospital in Queens, New York.

During the hours that followed the delivery, the woman developed severe impairment of her respiration. She ultimately suffered an arrest, though she was quickly revived. Doctors suspected that she was suffering a pulmonary embolism, so she underwent intravenous administration of an anticoagulant: Lovenox.

Her condition worsened during the ensuing morning. A doctor ordered surgical thrombolysis, which would have involved mechanical destruction of the embolism, but the woman died before the procedure could be undertaken. The woman’s widower, Plaintiff, claimed that his wife’s death was a result of a failure to timely address her embolism.

The plaintiff and his sister, acting as co-administrators of the deceased woman’s estate, sued the hospital’s operator, New York City Health and Hospitals Corp., and several doctors who were believed to have been involved in the hospital’s treatment of the woman – an internist, hospitalist, 2 obstetricians, a pulmonologist and a cardiologist. The lawsuit alleged that the doctors failed to timely address the woman’s embolism, that the doctors’ failures constituted malpractice, and that New York City Health and Hospitals was vicariously liable for the doctors’ actions.

The estate’s counsel discontinued the claims against the doctors. The matter proceeded against New York City Health and Hospitals.

The estate’s counsel contended that the woman’s embolism could have been resolved via thrombolysis, but that the surgery was not ordered until the woman had experienced five hours of worsening symptoms. He also claimed that 165 additional minutes passed before the hospital completed the woman’s presurgical preparations. While the woman was being transported to the area in which the surgery would have been performed, she suffered a loss of consciousness. She did not regain consciousness.

The estate’s counsel also contended that the woman was not timely administered Lovenox. He contended that earlier administration may have altered the need for thrombolysis.

Injuries/Damages
The woman suffered a fatal pulmonary embolism. During the hours that preceded her death, she suffered severe impairment of her respiration. She also suffered an arrest, though she was resuscitated.

The woman died on July 11, 2012. She was survived by her husband and two children.

The woman’s estate sought recovery of wrongful-death damages that included her lost earnings, damages for her pain and suffering, and damages for her children’s loss of parental guidance. The lost-earnings claim was not supported by admissible documentation.

Result
The parties negotiated a pretrial settlement. New York City Health and Hospitals, which was self-insured, agreed to pay $2.25 Million.

Editor’s Note: This report is based on information that was provided by plaintiff’s counsel. Defense counsel did not respond to the reporter’s phone calls.