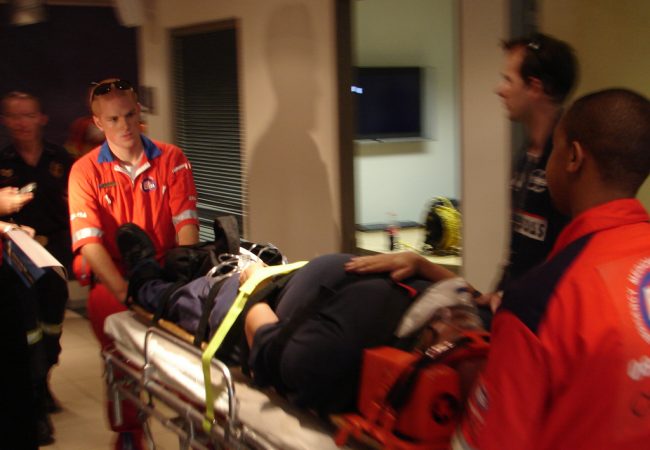 New York – The driver of a limo that ran through a stop sign is being blamed for the deadly car accident. However, the limousine company is also being investigated for possibly operating unsafe vehicles that may have contributed to the motor vehicle collision. Reports show that the car was speeding about 60 miles per hour when it didn’t stop at a stop sign and crossed straight through the intersection. It then slammed into a parked vehicle as well as several pedestrians in a parking lot. The pedestrian accident killed two of the pedestrian victims who were apparently shopping nearby. In addition, the car crash killed the driver of the limo and all of the 17 passengers in the rear of the vehicle. Unfortunately, none of the passengers in the vehicle were wearing seat belts during the impact. This left a total of 20 accident victims killed in the horrific collision.

Witnesses to the crash noted that it appeared the vehicle’s brakes may have failed. In fact, this is consistent with the fact that the limo company had racked up extensive safety violations, including negligent maintenance issues. At least one of their vehicles failed for not having properly working brakes in the recent past. Family and friends explain that at least one of the passengers in the limo messaged someone prior to the crash about the poor mechanical condition of the car. Investigators noted that the driver of the limo involved in the fatal accident did not have the proper driver’s license for the type of vehicle that he was driving. In addition, it has been noted that the very same driver was involved in a similar accident after he blew through a stop sign about three years ago. In that prior collision, one of the cars rolled over after being hit. Several people were injured at that time, including one with a head injury and another with a back injury. Find out more about these limo accidents here.