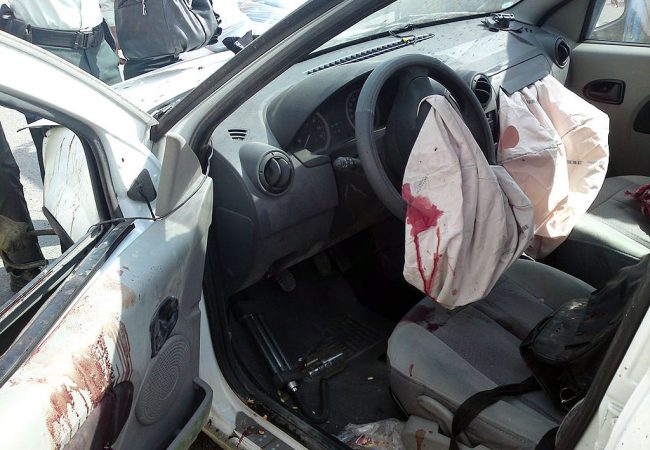 Truck accident leaves injured victims and one death in the Bronx

New York – Emergency workers responded to a van that rear-ended a truck on the Major Deegan Expressway in the Bronx. The van accident left the female driver of the van dead and several other people injured. Friends note that the woman was pregnant at the time of the fatal crash. Two children in the vehicle were passengers in the back and suffered serious injuries. Reports show that construction debris and other scrap metal objects were being transported in the van at the time of the collision. It is believed that the flying debris during the impact is what caused the critical wounds and injuries to the child passengers. One teenage girl suffered a significant traumatic brain injury with bleeding in her brain. She has undergone surgery for this as well as for a broken spine and she remains in a coma. The extent of her spinal injuries are still unclear.

In addition, a front seat passenger of the van suffered injuries and was also taken to the hospital. Doctors say that he has a leg injury and will receive treatment. The truck that was hit from the rear left the truck driver also injured. He was evaluated and given emergency treatment. Investigators were continuing to assess the damage and the cause of the truck crash. Find out more about this rear end collision here.

Photo for illustrative purposes only. Photo by Mohsan Dabiri-e Vaziri (Own work) [CC-BY-2.5], via Wikimedia Commons