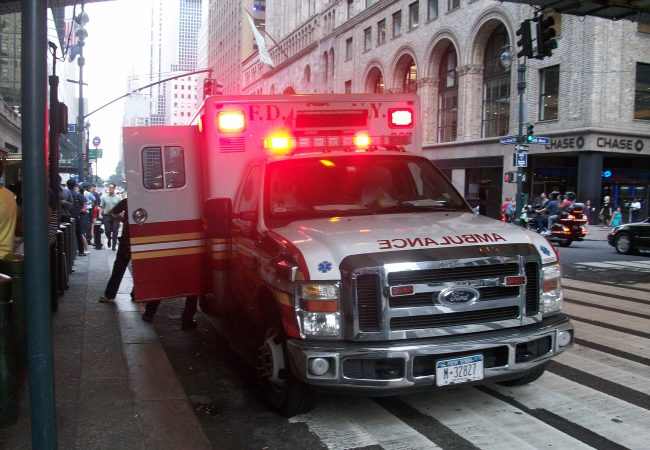 New York – This is the second time within a couple of weeks where we report about an emergency medical technician (EMT) who suffered a work injury. Once again we learn of a story of an ambulance worker who was assaulted while on-duty, this time by the patient. The EMT was pregnant herself and taking care of an injured but intoxicated man, when she was assaulted by the patient. The drunk man punched the pregnant EMT in her stomach and then fled the scene. The emergency responder suffered injuries during the attack and was taken to the hospital for evaluation and treatment. Meanwhile, her attacker ran away and is being searched for by police. An injury lawyer specialist in Manhattan explained that a claim will need to be filed with the worker’s compensation insurance carrier since the injury occurred on the job. Worker’s comp insurance is a requirement for employers to take care of injured workers or those who become sick due to their job. In addition, the attacker in this case can face both criminal charges for the assault as well as a personal injury lawsuit from the woman. This could include not just injuries to the woman herself but also injury to the fetus. This more recent assault on an EMT worker and possible fetal injury is further discussed in this article.