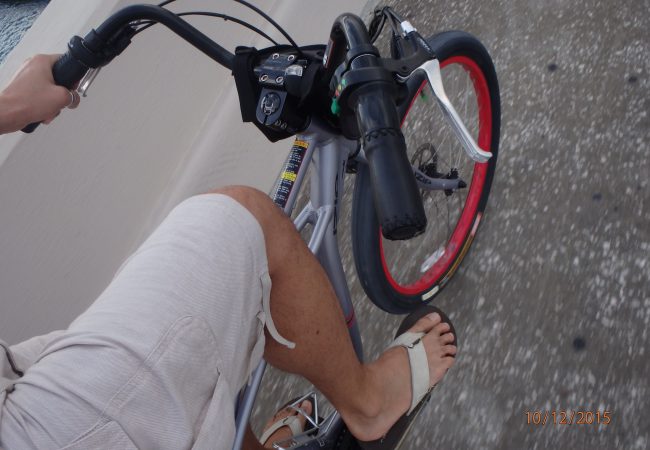 New York – An intersection in Central Park was the scene of a pedestrian struck by an electric bicycle. The cyclist apparently lost control of his e-bike and crashed into an elderly pedestrian and then both fell to the ground. The electric bicycle driver suffered a severe head injury with traumatic brain injury. He subsequently died of his bike accident injuries according to doctors. Reports show that the injured bicyclist wasn’t wearing a helmet at the time of the collision. According to New York City laws, it is actually illegal to ride an e-bike or electric scooter on city streets and sidewalks. Pedestrian and public safety activists explain that the speed and recklessness of those driving electric bikes and scooters poses a danger to public safety. They contend that this type of accident is all too common and must be prevented. The pedestrian hit in this case suffered injuries but is expected to survive. However, activists say, the next accident victim may not be so lucky. In the meantime, the rider killed in the accident demonstrates in vivid reality the dangerous situation created for everyone involved. Many cases have been documented of riders texting while driving or talking on a cell phone while driving. These distracted drivers can cause horrible accidents and injuries due to the speed and problems of bicyclists who weave in and around traffic and pedestrians.

Proper statistics are hard to determine but there seems to be an easygoing attitude when it comes to these electric bicycles and scooters. Many riders treat them as children’s toys while they are capable of very fast speeds and cause injuries and wrongful death. Many drivers can be seen not holding on with both hands or maintaining control and concentration over their driving. It is still unclear whether or not this specific driver was guilty of being a reckless driver or who had the right-of-way at the time of the crash. Further details of this pedestrian accident and debate over the legalities of these electric vehicles are discussed here.