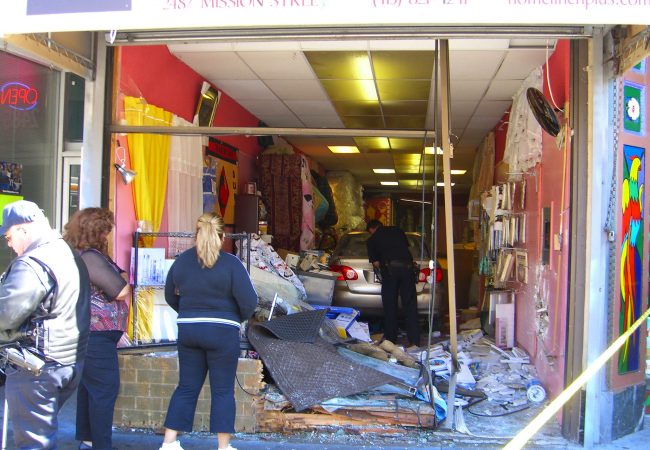 Injured accident victims when a jeep crashes into a storefront

New York – A bagel store in Westchester was the scene of a surprising car crash that left at least three injury victims. The driver of a jeep was apparently leaving the parking lot, having been parked in a spot directly in front of the restaurant in New Rochelle, NY. It is believed that the driver became confused when he put the car into drive instead of reverse and then pressed the gas. This caused the driver to lose control of the vehicle and slam into the storefront and hit several pedestrian workers in the store. It ripped apart the entire front of the store when the vehicle jumped the curb and drove through the front glass wall. The pedestrian accident left the workers injured and in need of emergency evaluation for unclear wounds. The injured workers were not the only ones who suffered wounds during the motor vehicle accident (MVA), as the driver of the vehicle also suffered accident injuries. The injured workers will likely be treated using their worker’s compensation insurance, also referred to as worker’s comp. However, in certain circumstances such a car collision at work is treated using the car insurance policy. See this article for further information about this MVA.