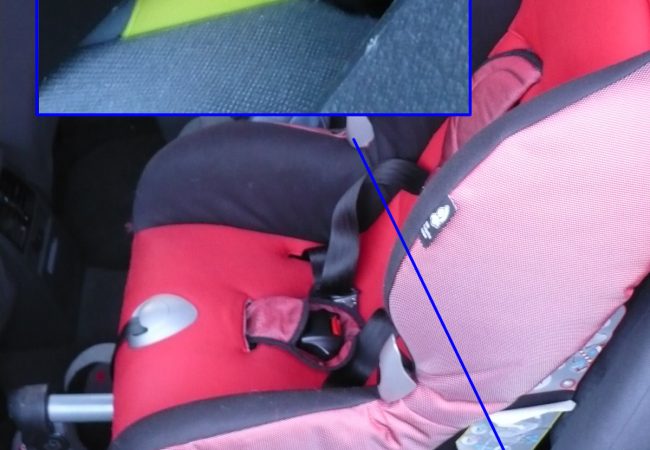 Potentially dangerous defective child car seats were recalled by the manufacturer several months after the company performed its own collision safety tests. Federal investigators have now been examining whether the manufacturer of the seats possibly delayed reporting the defective product and instituting the recall. Guidelines require companies to report safety problems within five days to the appropriate government agency, in this case the National Highway Traffic Safety Administration. However, evidence has shown that the business that produced the child restraint system had information several months earlier about the dangerous condition. This was based on safety problems that were evident on quality and safety testing that the company had conducted on the seats during a car accident. Product liability is a responsibility that manufacturers and distributors must take seriously. Concerned parents and safety advocates have voiced concerns regarding the situation, saying that this breech of public trust leaves the public in danger. Some have pointed out that negligent reporting of safety problems must be dealt with harshly. The potential dangers in this case could include head injuries leading to traumatic brain injury, internal organ bleeding, fractures and nerve injury. You can refer to this article for more about the car seat safety product recall. 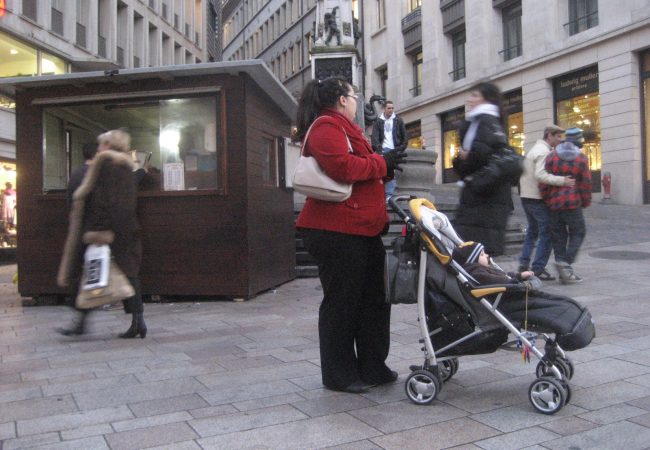 Researchers looking at injuries caused by strollers and baby carriers have noted an increased number of children suffering a concussion or traumatic brain injury (TBI). They compared statistics of accident injuries from 1990 until 2010 and saw a marked increase in these diagnoses following head injury. However, it is still unclear whether the spike is related to more dangerous stroller design and manufacturing. An alternative theory is that it can be attributed to more parents bringing their children to a doctor or emergency room for evaluation of possible wounds or more astute diagnosis by doctors. Public safety advocates say that some parents may be more aware of more subtle injuries than they used to, driving them in larger numbers to seek evaluation and treatment for their baby. Some believe that increased public education on the seriousness of head injury and the long-term effects of cognitive function following a concussion (post-concussional disorder) may have led to these changing statistics. Whatever the cause, activists say that continued pressure on manufacturers and government regulatory agencies is necessary to continue to improve child safety, prevent dangerous or defective products from being sold and maintain product liability to prevent negligence. Dangerous product recalls are one way that industry and governmental bodies maintain responsibility and prevent injury or death. You can see more details about the recent baby stroller hazard study here. 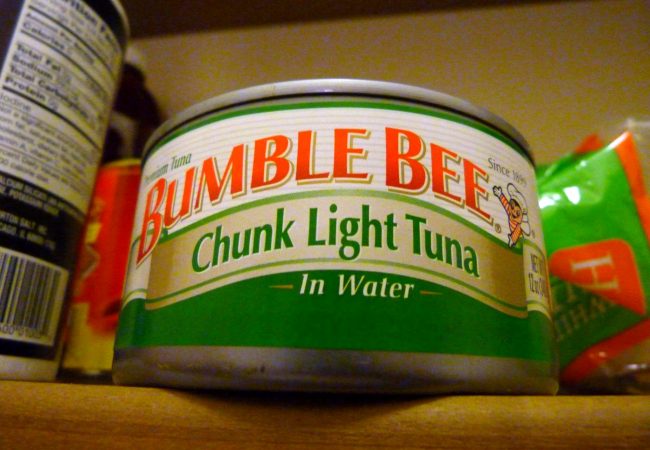 A slew of recent food recalls have included Perdue chicken found to have pieces of plastic in it, concerns of spoiled Bumble Bee cans of tuna, dangerous foreign objects such as shards of glass in Nestle frozen food products and Listeria contamination concerns with Starbucks breakfast sandwiches. Consumer safety activists have expressed grave concern regarding the nature of the potentially dangerous product recalls. They insist that improved safety control must remain the highest priority of all food manufacturers and not profits, as some companies believe. Some experts have questioned the speed at which some food recalls begin while others note that the extent of recalls and the advertising of them are lacking. Public health professionals explain that a dangerous food product must be removed from store shelves and supply warehouses immediately. However, some companies delay such decisions due to concerns regarding their image or loss of money due to a recall. Even once a hazardous product recall has been initiated, some businesses do a poor job of publicizing it, leaving customers at risk of illness, injury or death. Product liability is a serious concern and must be seen by corporations as more than a financial decision, but rather a human one. A top injury lawyer in New York City explains that many people get sick, suffer an injury or are victims of wrongful death due to simple negligence by companies that don’t take their responsibility seriously. Activists encourage all businesses to follow the good examples set by owners who follow through on their obligations to the public. If you or someone you know has been injured by a dangerous product, you have the right to speak to an attorney. Find more about the recent food product recalls here. 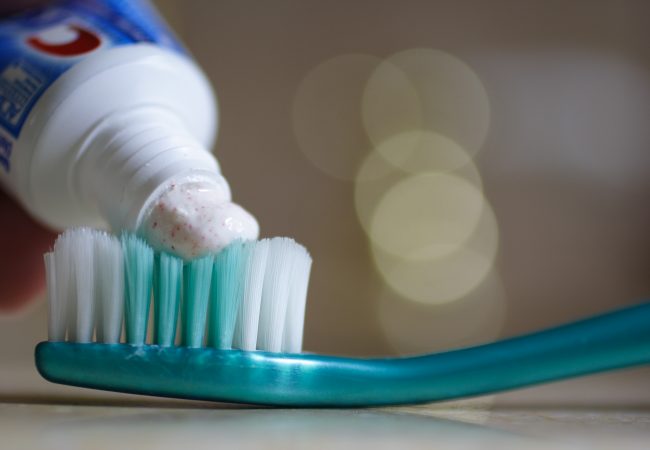 The Crest line of toothpastes have recently come under fire by dentists and consumer advocates due an additive of tiny plastic beads that have been included in the make-up of several kinds of the toothpaste. The polyethylene ingredient is apparently not needed as one of the active ingredients, according to the Crest manufacturer, a subsidiary of consumer product giant, Proctor & Gamble. Scientists say that the substance is actually a chemical name for plastic and is supposed to be biologically inactive. They explain that the tiny microbeads are the size of grains of sand and were added for color and aesthetic purposes. However, dental experts note that the plastic pieces can still cause serious health problems or dental disease, such as gingivitis, despite their being inert. Some dentists and periodontal specialists note that some patients have been found to have the polyethylene microbeads lodged in their gums, leaving a route open to introduce bacteria and infections into the gums. Company officials for Crest have announced, after a lengthy fight with dentists and consumer product safety advocates, that they are removing the potentially dangerous ingredient from all of their toothpaste products. They believe that it will take approximately six months to complete this removal of the plastic ingredient, while critics feel that this is much too long of a timeline to correct a dangerous condition for consumers. In the meantime, activists want to see the company issue a dangerous product recall in order to warn potential victims of the hazardous situation and advise them to see their oral health specialists. If you or someone you know has been exposed to this potential health hazard, you should speak to your doctor or dentist. You also have the right to consult with an attorney with expertise in consumer product liability. See this article for more about the dangerous use of polyethylene additives in Crest toothpaste as well as other various consumer products and even some foods.

Illustrative photo by Thegreenj (Own work) [GFDL or CC-BY-SA-3.0], via Wikimedia Commons 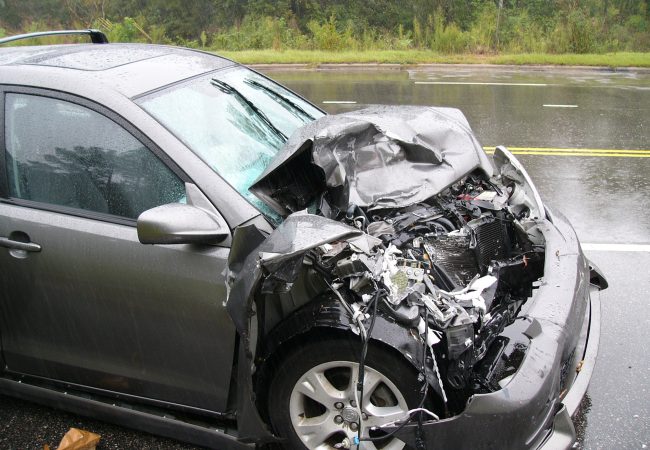 A wrongful death lawsuit and simultaneous personal injury lawsuit ended with an Oklahoma jury awarding the victims and their families $3 Million late last week. The plaintiffs contended that the Toyota Camry accelerated unexpectedly due to a faulty accelerator that should have been recalled several years before the crash. The car accident killed the passenger of the vehicle and seriously injured the driver. Multiple lawsuits and complaints were filed against the car manufacturer with claims that the company was negligent in not fully investigating the dangerous situation and issuing a dangerous product recall immediately. The car company allegedly knew about the hazardous condition but apparently avoided recalling their cars for replacement or repair of the defective parts. Experienced personal injury lawyers believe that many other injured accident victims have yet to step forward. Some note that the car acceleration problem may have contributed to other motor vehicle accidents and this needs to be further investigated.

The recent win for the Oklahoma plaintiffs comes in stark contrast to the New York and California cases that resulted in the car company not being held liable for the car accident injuries. Toyota has reportedly decided to settle the punitive damages aspect of the case in light of the jury’s decision in favor of the plaintiffs. The corporation is likely trying to limit the damage to their image and amount of money that they will need to pay the injured woman and the family of the woman killed in the accident. Consumer product safety specialists explain that this was not just a major win for the accident victims but for all citizens who should be protected from negligence on the part of large corporations. This case will set a legal precedent for injury victims across the country. It should also serve as a warning to companies and factories about the need for proper manufacturing of products as well as prompt investigation and recall of dangerous products. More about the sudden car acceleration lawsuits and product liability case here.