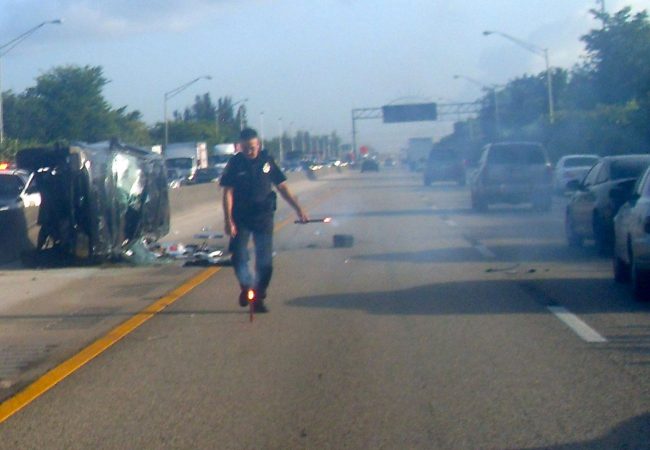 New York – The Belt Parkway in Brooklyn was the scene of a serious car accident involving three vehicles this week. Police believe that the collision began with a stolen SUV speeding down the highway without its headlights on, being driven by the car thief. The thief stole the vehicle in Crown Heights and then drove it recklessly through the city streets until he rear-ended another SUV. That SUV accident didn’t stop the dangerous driver, who fled the scene of the accident and then hit another car. The man then fled the scene of that second collision and eventually hit the highway divider and caused a roll-over accident. Eventually he jumped out of the damaged vehicle and ran away on foot, according to investigators. In his wake, the reckless driving car thief left eight injured accident victims, who were all taken to various New York hospitals. The injuries ranged from minor to critical injuries, reportedly including severe internal injuries and possibly a head injury from the crash. At least three of the injured passengers were children according to officials. Additional investigation is needed to find the hit-and-run driver who apparently stole the vehicle after a woman had left it unlocked in front of her apartment building. Police also explained that the woman had rented the car from someone else in New Jersey. A Manhattan accident specialist attorney https://morrisonwagner.com/about-us/ noted that some of the liability for the accident may fall on the woman who left the SUV unlocked, as a possible act of negligence that led to the dangerous situation. In addition, the owner of the vehicle may also be held responsible. In the meantime, police are looking for the driver of the SUV that caused the multi-vehicle crash. See this article for further details about this SUV accident. 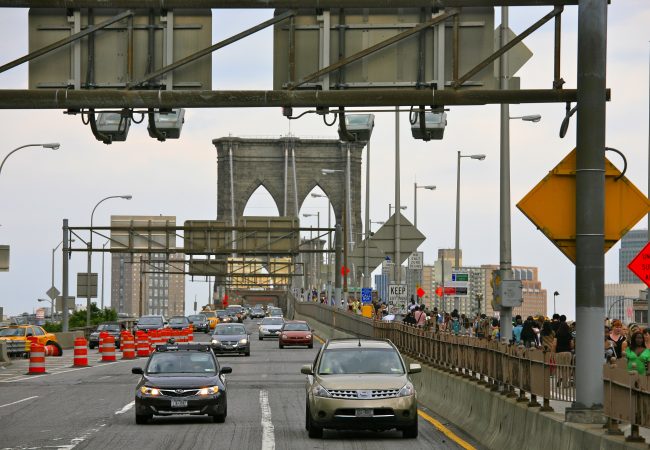 New York – A 3 car pile-up car accident on the Brooklyn Bridge reportedly began when a broken down car was rear-ended by a second vehicle. The disabled car had been parked in the right lane of the roadway when it was struck by the second vehicle. However, a third car then slammed into the second, causing that second vehicle to roll over. The roll-over accident then caused a passenger to be ejected from the car. Police believe that the driver of the car that flipped over was drunk driving, possibly causing the first collision. The suspected drunk driver was arrested and brought in for further investigation according to officials. By the end of the triple vehicle car crash, there were at least seven injury victims who required emergency evaluation and treatment. Several of the victims suffered with neck and back pain, which may indicate spinal damage, according to medical specialists. They explain that the spinal injury could be simple muscle aches but could also be indicative of fractured vertebrae, herniated discs, disc bulges or even spinal cord damage.

This accident was reminiscent of a recent ambulance accident where the ambulance also rolled over. That collision also occurred in Brooklyn, very close to the exit for the Brooklyn Bridge. The accident involved an SUV truck that was hit by the ambulance, that was travelling with emergency lights and sirens as it was responding to the scene of an unrelated crash. There were four people with injuries in the accident, including the two EMTs working on the ambulance. See details about the multi-vehicle Brooklyn Bridge accident here.

Illustrative photo by: Alex Proimos from Sydney, Australia [CC BY 2.0], via Wikimedia Commons 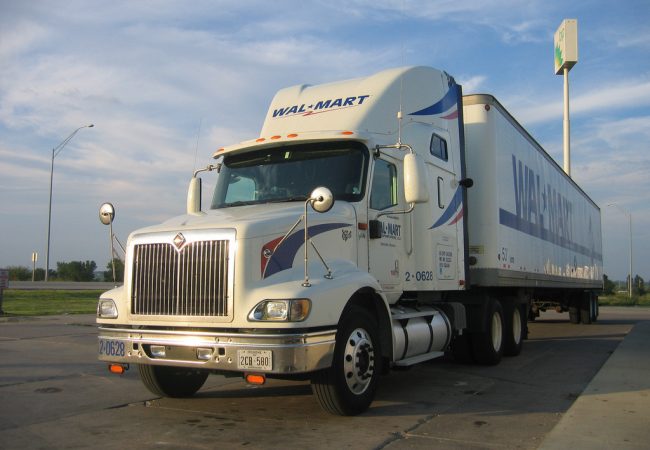 Walmart truck accident kills one and leaves three others injured

A tractor-trailer accident on the New Jersey Turnpike left one man dead and three passengers with serious injuries. The truck crash occurred when the truck driver failed to stop for slowing traffic. His truck slammed into a van-sized limousine bus, causing the limo to roll over. The crash victims were rushed to area hospitals for emergency treatment. The accident injuries included broken bones, nose and rib fractures and possible internal injuries. Records show that the truck was owned by the discount retail chain, Walmart, and that the driver was an employee. Recent discoveries indicate that the driver of the tractor had not slept in more than a day, contrary to safety guidelines for commercial drivers. Police believe that the tired driver may have caused the collision due to fatigue. This has led to criminal charges being filed against the truck driver who rear-ended the limo. The bus accident is still being investigated in hopes of fully determining the cause of the crash. Some have speculated that the tractor-trailer was speeding due to the fact that it caused a roll-over accident. Meanwhile, road safety experts warn that Walmart trucks have been involved in many accidents, causing hundreds of injuries and many wrongful deaths. Calls have been made to force the company to better train their drivers, enforce safety laws and improve their monitoring of dangerous driving. See further details about the truck versus bus rear-end collision here. 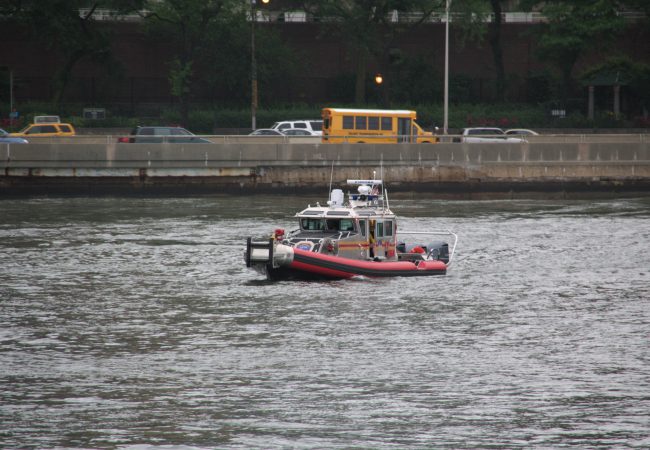 New York – This past Friday night ended with four passengers of a car accident dead after the vehicle sank into a creek. Police say that the car ran into the water after hitting the wooden barrier at the end of a dead end street. The car slammed into the barrier and then plunged into the cold water in the Astoria section of Queens, NY with only the driver being able to escape. Only several hours after this deadly accident, another vehicle also fell into a small section of the East River less than a mile away from the first crash. This time it was an SUV that hit a thin chain linked fence on the dead end street and then rolled over into the river. The SUV accident ended happier, with the four victims escaping alive. Details of the injuries that they suffered in that roll-over accident are still unclear. Fire Department of New York divers took part in both rescue and recovery operations.

Police investigators are continuing their search for the causes of these motor vehicle collisions. They are currently reviewing security camera footage from the initial collision and believe that the driver may have been speeding. Regarding the second accident with injuries, there has been speculation that a drunk driver may have been behind the wheel. A drunk driving accident would help explain why the one vehicle accident occurred. However, concerned citizens worry that regardless of the cause of the accidents, New York City should be doing more to prevent these types of calamities. Specifically, some have pointed out that the road safety division should have known that stronger barriers and better signs were necessary at the ends of these dark dead end roads. They note that the water hazard is serious enough to warrant more than a low wooden barrier or simple chain linked fence. Improved lighting could also help prevent motor vehicle accidents but require city funding. Public advocates have warned that the government officials and land owners in these dangerous areas are responsible to secure the roads and public. They explain that improper planning and safety preparations may constitute negligence. See this site for more about the fatal collision into Steinway Creek.